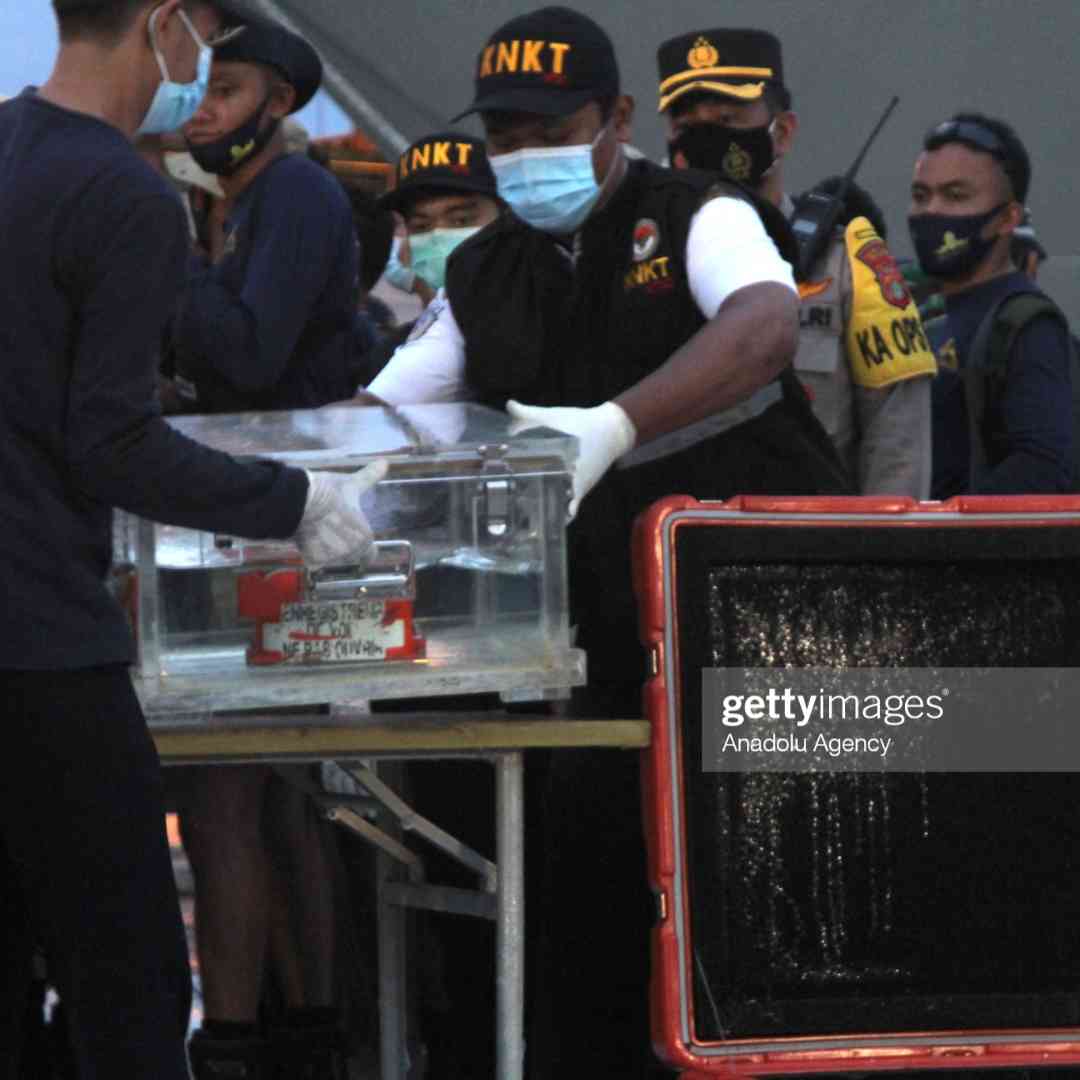 Indonesian search teams have retrieved one of the 2 "black boxes" from the ill-fated Boeing 737 plane that crashed into the Java Sea on Saturday, killing all 62 people on board. The flight data recorder was brought ashore.

The National Transportation Safety Committee (KNKT) said that preliminary findings showed that the plane had reached the height of 10,900ft (3.3 km) at 2.36 p.m. local time on Saturday (07:36 GMT), then made a steep drop to 250ft at 14:40, before it stopped transmitting data.

KNKT head Soerjanto Tjahjono added that the plane's turbine disc had been found with a damaged fan blade - ruling out the theory that the plane had exploded mid-air.

It was still functioning and intact before it crashed, preliminary results showed.

Flight SJ182 was en route from the capital Jakarta to the city of Pontianak on Borneo island.

Indonesia's transport ministry on Tuesday said the aircraft had been grounded during the pandemic, and passed an inspection on December 14.